Division 4 begins with two strong episodes of New Girl. “Bachelorette Party” is from the golden stretch of episodes at the end of Season 2. “No Girl” is the first in the absent-Jess arc, but works surprisingly well without her. Plus, a Fred Armisen cameo as a slightly demented roommate is a fun one-off for the show. And you can’t forget about the Winston and Cece mess-around! But alas, I don’t think it holds up to “Bachelorette Party”. 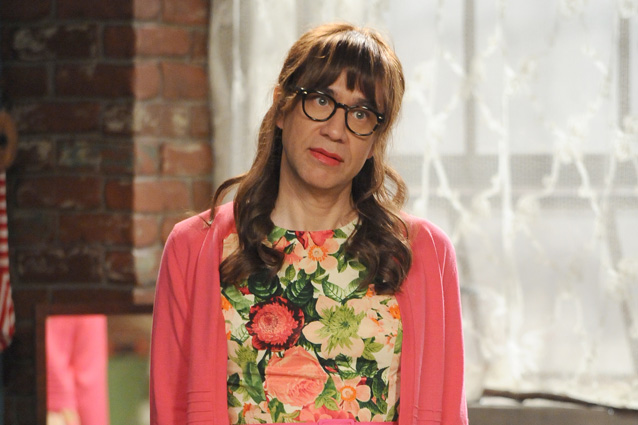 “Double Date” is an episode heavy on the drama of New Girl. Schmidt’s web of lies unravels in a particularly emotional scene with Cece. It’s a great episode and even throws in some good laughs, like Nick dancing to cheer up Schmidt and Jess. “Spiderhunt” is a somewhat random Season 4 episode, but dare I say it contains what might be the funniest scene of the entire show? For that reason alone, “Spiderhunt” is going to advance in what some might consider an upset.

Episode Match-Up: “The Captain” vs. “Landline”

The whole idea around “The Captain” being some secret fringe sex act is funny, but I’m not sure this episode really pulls it off. Yes, Nick’s exasperated post-coital breakdown is hilarious and his explosion of emotions as well. But Schmidt comes off a little too hateable in this episode and Winston’s cat brothel storyline isn’t amazing either. “Landline” just makes its premise work better and leads to a better episode.

If I had to pick a bottom 5 episodes of the series, “Rumspringa” would be one of them. It’s not that there aren’t good qualities. Everything Cece/Winston/Ally is great. But the Nick/Jess/Schmidt being locked in a cellar plotline never feels that funny or meaningful. It’s a mostly forgettable episode and doesn’t stand a chance against “Injured”.

I’m trying not to be too negative here, but neither of these episodes are amazing. Of the two, “James Wonder” is the most forgettable. Not even an undercover Winston can save the Banyon Canyon storyline. Nick obsessing over the perfect wedding gift is funny, but also a bit rote. “Jaipur Aviv” has at least one strong plot, The Keepers of the Five Secrets. That alone will help it advance.

“Kryptonite” is essentially the second first episode of the series. Winston is introduced and Jess comes to terms with her breakup. But the characters, especially Jess and Winston, are still figuring out who they are going to be. It’s hardly an apples to apples comparison when you look at an episode like “Santa”. This one is an easy pick.

The Nick/Jess want to get a dog plot of “Mario” is insufferable. The episode is one of the weakest of the admittedly already weak Season 7. “Big Mama P” is a pretty solid episode of New Girl with all the strengths of a season premiere. This is another easy pick.

Episode Match-Up: “Thanksgiving” vs. “All In”

“All In” is a fine episode, but for some reason I never felt it quite all came together. I think the show handles the Nick/Jess relationship fairly well, but it just feels more awkward than anything. It has its moments, like Winston finally starting to unleash his weirdness in puzzles, but it doesn’t live up to its competitor. “Thanksgiving” is probably the first great episode of New Girl.

“Sister III” brings the Abby Day arc to its conclusion in a way that shakes up the show (returning Schmidt to the loft). It’s all good and I was always a fan of the arc. But this is a tough match-up against “Fluffer”, a truly game-changing episode of the series. Sorry “Sister III”, but this is the end.

“Bells” is a pretty good early-Season 1 episode that has compelling stories for all the characters. The Jess/Winston story is weaker than the Nick/Schmidt story, but nothing about it is bad. “Parking Spot” is probably the weakest post-kiss episode of Season 2, but still strong overall. I think the edge is going to “Parking Spot” for having a much stronger finish to the episode. 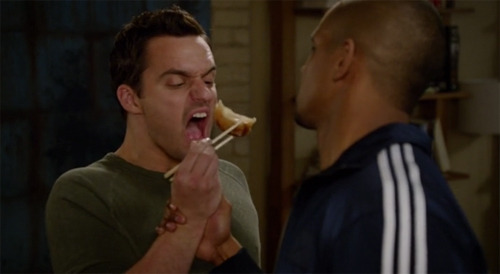 “Menus” has a lot funny stuff going on. Coach training Nick is hilarious. I love all things involving dumplings as a metaphor for fitness. Even Jess’s weaker story involving a fight with a Chinese restaurant works well. But “Goldmine” is a, dare I say, comedy goldmine. This one is a fairly easy pick for me.

Episode Match-Up: “The Decision” vs. “Jess and Julia”

Upset time? “Jess and Julia” is one of the stronger Season 1 episodes and it’s going up against the Reagan-centric “The Decision”. “Jess and Julia” is a mixed bag, but it hits a high floor when it comes to laughs. Winston’s storyline is probably the weakest, because he hasn’t quite found his character yet. But I will never not laugh at the closing scene in which Schmidt realizes he’s been sharing his towel with Nick. “We all wear each others underwear!” That’s why it’s a tough elimination in favor of the surprisingly heartfelt “The Decision”.

“Fancyman, Part 2” is where New Girl is really starting to hit its stride. But it’s still a little off compared to the show we know and love. As much as I love Martin Starr, his character Dirk never feels right. Yes, he is supposed to be a creep, but he’s almost too effective at it. I don’t want to watch a show about a professor banging his students. Russell is always a welcome addition to the show and Winston discovering Schmidt and Cece’s relationship is a nice setup for the future, but it can’t beat out “Re-Launch”.

“Homecoming” is a weird one. It has some great moments, like Nick and Winston trying to earn money for the subway. But I can’t help but feel the crossover with Brooklyn Nine-Nine was forced upon them. The shows are so different tonally that it feels more awkward than anything. “D-Day” on the other hand, while somewhat a mixed bag of its own, features one of the most hilarious scenes in New Girl. That is enough for the episode to advance. 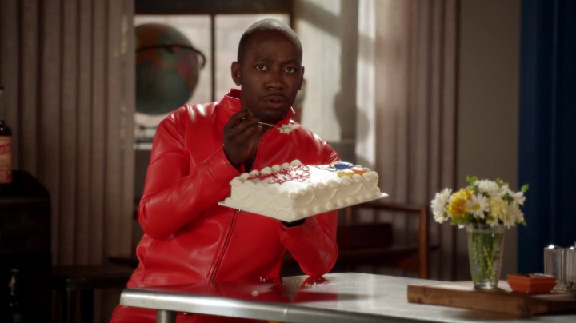 For anyone insane enough to have been reading this far is going to be surprised by my pick here. “Winston’s Birthday” is a perfectly fine episode. It takes place the first morning after Nick and Jess finally sleep together and throws an unexpected speed bump in their way. It’s a great Winston episode as well. But if there is any Ryan episode I can appreciate, it’s “Teachers”. The Season 4 episode is strong from start to finish. Probably another upset.

I’m an unabashed Stephen King fan, so this one is an easy pick. “Misery”, at least Jess’s storyline, is an homage to the film of the same name directed by none other than Rob Reiner. “Jury Duty” is a funny episode in which Jess exits the show temporarily. And the Nick/Cece dynamic is hilarious. But at this point, I have to give it to “Misery”.