Our random seeding has put back-to-back episodes against one another. These are episodes 9 and 10 of Season 5 and the culmination of the first Reagan arc of New Girl. Neither episode is bad, but neither is fantastic. “Goosebumps Walkaway” ends on a high note for Nick and Reagan and their story here (with the addition of Jess) is pretty good. But I can’t say the ‘Schmidt is embarrassed to dance in public’ B-story really gripped me, which is why I’m going with “Heat Wave” to advance.

These two make for an interesting juxtaposition of Schmidt/Cece plots. In “Kids”, the two discover they might be pregnant, with Schmidt nearly proposing before Cece discovers she isn’t pregnant. In “Five Stars for Beezus”, we get one of the best scenes of the show when Schmidt gets to tell Cece that she is pregnant. As previously mentioned, “Five Stars for Beezus” is a season finale that could have been a series finale, with all the emotional highs included. It’s hard to match-up against a random episode from Season 1, even if “Kids” is strong on its own.

“Jeff Day” is probably the most lighthearted affair when it comes to the Nick and Sam conflict. Jess plays a perfect “only sane one in the room” at the car dealership and mustache-Nick is hilarious. “Walk of Shame” brings back Bearclaw and Genzlinger to perform the most New Girl musical number possible. Both episodes are strong, but “Jeff Day” is stronger all around with the inclusion of the love-to-hate Rhonda.

“Bad in Bed” is one of those early Season 1 episodes where I feel the characters are still trying to find their place. There’s nothing wrong with that, but on rewatch it’s strange for Jess to act so naive about sex to the point of not being able to say the word ‘penis’. Put that type of episode up against “See Ya” and it isn’t too hard to know the outcome.

What I appreciate about “Background Check” is it’s a rare episode with almost all the action in one place. Sure, Coach is out trolling for little boys and its hilarious as well, but our regular cast members are all confined to the loft trying to dispose of “meth”. It’s a well constructed and funny episode of New Girl. And you know what, this might be an upset, but I’m going to pick it over “Big News”. The Winston honey roast is great, but it’s also an awkward affair in the fallout of the Nick/Jess break-up.

“The Hike” has one of the most out-of-left-field twist in the series, revealing that Jess and Robby are related. I never liked this Robby arc and felt it contradicted a lot of the great things about the character that came before. This was a fitting end for Robby and Jess. “The Box” delves deep into the differences between Nick and Jess while Schmidt asks big questions in the fall-out of the Cece/Elizabeth situation. The bank scene in particular is a favorite of mine, with Jess pulling out all the stops: “I understood at least 30% of the financial crisis, and guess what I got from that? You suck!”

“Es Good” es not good. None of the stories are that great or worthwhile. It has some good lines, as most New Girl episodes do, but I can’t think of anything that hits it out of the park. “Table 34”, on the other hand, is much stronger and is the first episode after the Jess and Nick kiss. This one is an easy choice.

This is a tough one for me. I actually think “The 23rd” is a pretty strong early Season 1 episode. It’s got Schmidt as sexy Santa and Winston hanging out with a nerdy kid. “The Crawl” takes the whole gang on a bar crawl where antics ensue. The opening of “The Crawl” is one of the funnier scenes I can think of, with Nick telling everyone his plan, then coming out again not sure if he already said his plan. I keep going back and forth, but I’m going with “The Crawl” in a tight race.

I like both of these episodes. “Bathtub” features Winston beginning to fully embrace his weird character by professing his love of bathtubs. This also begins the Nick/Angie arc that I thought was fun while it lasted. “LAXmas” is your classic Christmas New Girl episode, with all the laughs and heartfeltness you would expect. Plus, Billy Eichner is a great guest star. This might be an upset, but I’m going with “Bathtub” because I’m a scrooge.

“Pepperwood” is such a strange episode that feels more like a comedy/horror film than an episode of New Girl. Add in the sexual tension between Jess and Nick and I’m not sure it creates a cohesive whole. The “pogo” side-story is funny, but it doesn’t make up for the odd tone changes in the episode. “Exes” is a great episode all-around, so this one is an easy pick for me. 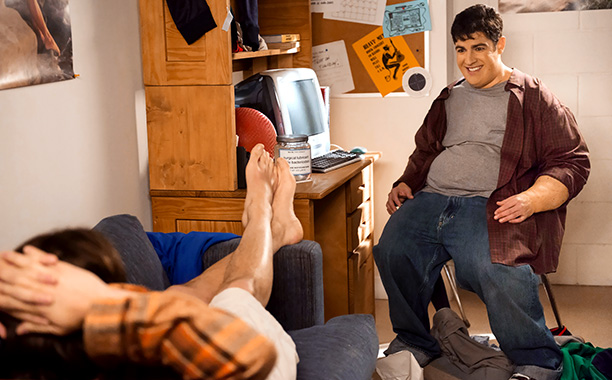 This is going to be another easy pick as well. I like the Thanksgiving episodes of New Girl and think they are a fun tradition. But “bangs-giving” isn’t the best of them. And again, I never really liked Ryan. That being said, as always, there are great one-liners, like Winston’s “You don’t have a hard job”. It’s not a bad episode, but it doesn’t stand up to “Virgins” which is a classic.

“Secrets” has some good moments and features the big reveal of the Schmidt/Cece relationship. But it’s a bit uneven. “Sister II” is a strong third season episode with Linda Cardellini playing the love-to-hate Abby Day. I think it’s just a more complete episode with our fully formed characters.

“Birthday” has a nice pay-off, but it’s one of the few episodes where I simply cannot stand Jess. She can be a controversial character in the show, but this episode is her at her worst. I want to scream at the screen to just calm down about your birthday. It’s not even a bad idea for an episode, it just doesn’t execute properly. “Clean Break” is a fantastic episode that will go far in the tournament.

And here we are with two Thanksgiving episodes! I think this is another easy pick, with “Parents” being the superior episode. “Last Thanksgiving” is a fine episode, especially for Season 6, but both the Robby and Gavin arcs leave something to be desired.

This is a tough one for me, because I really like both of these episodes. “Cabin” features some hilarious drunken scenes between Jess/Sam/Nick/Abby. The Winston/Schmidt story with an ignorant Schmidt trying to score some crack for Winston is funny as well. But “The Story of the 50” is a great Season 1 episode that I can’t let go yet. Tough early exit for “Cabin”.

These are two more fun episodes. “Nerd” features Jess trying to fit in by listening to Nick about how to be cool. It also features Mark Proksch and I love anything he is in. But there might be a little too much going on in the episode (both Winston and Schmidt have independent stories) to win this round. “Cruise” is a strong season finale that I think deals with the awkward Nick/Jess break-up as well as possible. A tough call, but “Cruise” advances.