We’ve made it to the final four. The decisions continue to get harder, but I think we know that “Cooler” is advancing. So alas, let’s talk about the greatness that is “Virgins”.

New Girl is amazing at flashback episodes. Anytime we get to take a look at the gang at various pre-loft times in their life, it’s almost always a home run. “Virgins” is the quintessential flashback episode. Everyone gets a story and they are all worthy of the time they get.

Jess’s virgin story, understandably, is the center of the episode. It’s a meandering tale where the strengths come from the gang’s reactions. Winston’s “Oregon sucks!” is always hilarious. As is Schmidt’s frustrations with how long the story is. But really it is Nick that has the funniest reactions, flipping wildly between emotions as he struggles to deal with his feelings for Jess.

Schmidt’s story, again, is probably the funniest due to Nick on mushrooms being involved. And you’ve got to feel sorry for Winston, whose dreams are crushed upon finding out he slept with a prostitute. I even liked the randomness of Cece’s story and that they kept it short and sweet.

The climax of the episode, of course, is Nick and Jess finally sleeping together and I think it is executed perfectly. A lot of important moments in the show begin by that elevator.

It’s essentially a perfect episode of New Girl. So how can it get eliminated? Can an episode be more perfect? I think that is the case with “Cooler” and why it is advancing to the finals.

This is perhaps an easier pick, because I think “Katie” is the superior of the two episodes. But “Injured” is great as well, otherwise it wouldn’t have made it to the final four. 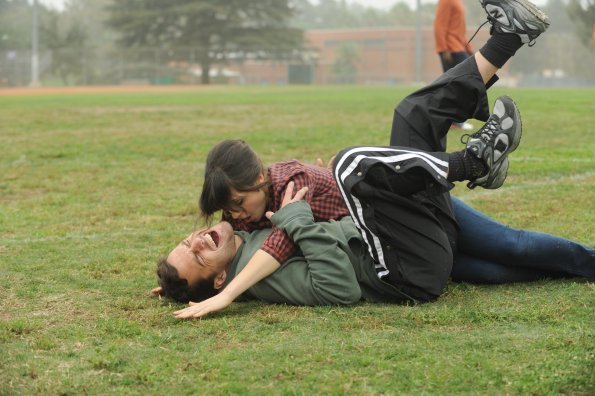 “Injured” feels like the first episode of New Girl that tried to tackle a more serious topic. It isn’t just relationship problems or work dynamics, it’s death itself. And not only that, but an examination of what makes life important.

When Nick has a lump in his neck tested, we get to see how much he means to everyone. They get drunk and sing songs, but we also get some conflict with Jess. “Nick Miller, Nick Miller, never does anything” she sings. It forces Nick to be more spontaneous before ultimately freaking out about his own well-being.

“Injured” pretty effectively deals with serious issues, but let’s not forget how funny it is too. Nick at the OBGYN, Schmidt wanting to see Nick’s penis, Winston’s car, everyone rapping, it’s all really funny. And I think that is what makes this episode so great. It doesn’t feel like some after school special, it’s just a great episode of New Girl.

But alas, as you’ve heard me say, there can only be one. And I think that “Katie” is just stronger overall. We’ll discuss it more below.

Okay, here we go. After 146 episodes and way too many words, we have arrived at the Championship. I feel like a crazy person to have made it this far. And so are you if you’ve read everything up until this point. What have I done with my life?

Anyways, we have “Cooler” versus “Katie”. A bit of an odd pairing for the final two. I don’t think that “Katie” is the second best episode of the series, but the randomized bracket made it so. At this point, I think the winner is obvious, so let’s talk about what makes “Katie” so great. 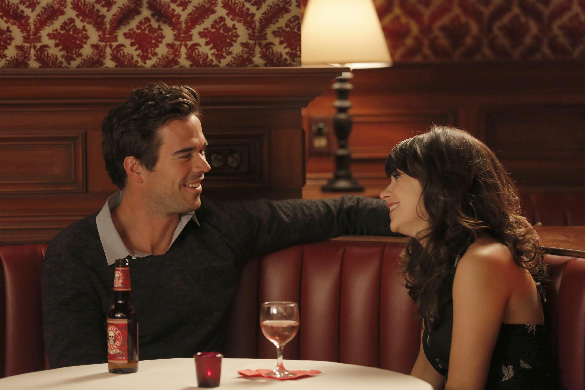 Undeniably, this is Jess at her best. I think it is unfortunate that Jess’s character had so many ups and downs in characterization, especially as the series went on. By the end of the series, she is arguably the weakest character. But in “Katie” we get Jess in all her glory.

There is so much going on in “Katie” it’s hard to believe its one episode, but it works so well. Not only do we have Jess juggling dates between two men (Josh Gad is hilariously cringey), we also have Nick and “Future Nick” which might be the weirdest, funniest part of the episode. And while it is the weakest part of the show, we get a good chunk of Schmidt and Winston’s family, trying to sleep with Winston’s sister as the disapproval of her mother.

When Jess’s charade falls apart in the bar bathroom, hilarity ensues. It’s probably the best moment of the episode.

I can’t say enough good things about “Katie”, but I still don’t think it’s as good as “Cooler”. Yes, “Katie” is a complete episode that is hilarious, but it just doesn’t have the same high. With that, we crown our Not-So-Definitive New Girl Champion!

Let’s take a moment and discuss why “Cooler” is the best episode of New Girl.

Nick and Jess kiss, of course, but it’s so much more than that. Yes, that is the highlight of the episode and I would be lying if I said it wasn’t my favorite part. It’s executed perfectly and shocking to say the least. It’s also complicated by Sam’s presence and the lingering shot of dummy-Nick on the floor is heartbreaking. It’s amazing.

But if it was just one great scene, it wouldn’t be the best episode of the series. “Cooler” is strong from start to finish. The whole concept of Jess being Nick’s cooler is perfect. Nick’s description always makes me laugh out loud. “It’s not you. It’s the way that you behave. And the things that you say. And the look on your face. And… It is you! It’s just you … you’re the cooler!”

At the bar, Nick and Schmidt’s feud over an objectively terrible woman fits with both of their characters. Holly is attracted to sad guys and Nick and Schmidt trying to out-sad one another is all good stuff. It culminates in Cece’s confession (real, fake, or somewhere in-between) that she still loves Schmidt. It brings some levity to the situation that has been pretty ridiculous up to that point.

Even Winston, who is often forgotten about in earlier seasons, has a nice little story arc with Daisy. The two have good chemistry and it’s nice to see Winston not strike out for once.

True American is always a welcome New Girl element and here it sets up probably the second best scene of the episode, Jess and Nick being forced to kiss. The back-and-forth is great, but Nick’s final refusal and “Not like this!” is just as big as their eventual kiss at the end of the episode. So much is said in those three words. It means that this is something Nick has thought about. Jess is more important than some random hook-up. It’s something that, if it happens, he wants to do it right.

When I began this tournament, I figured that “Cooler” was a favorite to win it all. There are so many fantastic episodes of New Girl, but when it is all over, “Cooler” stood tall. Other episodes have funnier moments, but none of them come together as perfectly as “Cooler”. And no one episode comes close to the shock and emotional high of the Nick and Jess kiss. “Cooler” is your champion.