We start off in Division 3 with two strong episodes. “Panty Gate” puts Nick and Jess in supporting roles while Coach and Schmidt shine. It’s a fun episode with a nice emotional climax. “TinFinity” is a celebration of (and introspective look at) Nick and Schmidt’s friendship. You can’t help but love anytime we get a Nick/Schmidt college flashback. Seeing that mirrored with their friendship 10-years later is heartwarming. But I’m still having “Panty Gate” advance because it does a better job at sticking the landing.

Two Season 1 episodes face off! Although I don’t find this one much of a competition, with “Bully” being the weaker of the two. I love teacher Jess, but this kid-focused episode never quite clicks. Yes, Jess turned into a YouTube parody is funny, along with a drunken Nick at the science fair. But it’s also the abrupt end to the Nick/Julia storyline and a fairly forgetful episode. “Fancyman, Part 1” features the always welcome Dermot Mulroney as Russell, loved by both Jess and Nick.

You know, I really like “Return to Sender” and find it to be a strong later season episode of New Girl. The shot of Winston slowly backing away into a crowd after a bird-shirt confrontation with Sam is unparalleled in the show. And the whole story of Sam and Diane is genuinely compelling. Unfortunately, the episode climax is completely undone in the next, cheapening the entire thing. It’s a good half-hour of New Girl, but it isn’t advancing.

“Mars Landing” always leaves a sour taste in my mouth. I’m not even against the idea of Nick and Jess breaking up, but it came so out of left field it felt more like the writers ran out of ideas and needed a reset. It’s frustrating to watch, because it’s hard to believe this is the first time Nick and Jess have different outlooks on life. The Coach/Winston/Schmidt sideplot is fine, but it’s not enough to beat out “Menzies”.

Episode Match-Up: “Keaton” vs. “What About Fred”

“What About Fred” is an odd episode, but I think it actually works. Flip/Nancy/Fred are all great characters who could have easily returned to the show had the story called for it. But I’m not sure it can beat out “Keaton”, which is a great ensemble episode culminating in Schmidt’s rock bottom. Sorry to Fred and his model trains.

“Lillypads” is one of the stronger Season 7 episodes. Against all odds, New Girl added a child (Ruth) and it worked. This episode puts her front and center to a hilarious climatic scene. “Sister”, oddly, just isn’t as good. Linda Cardellini is always great, but this first episode of the “Sister” trilogy is easily the weakest. Throw in a bizarre Bar Mitzvah b-story and it doesn’t stand a chance against “Lillypads”. 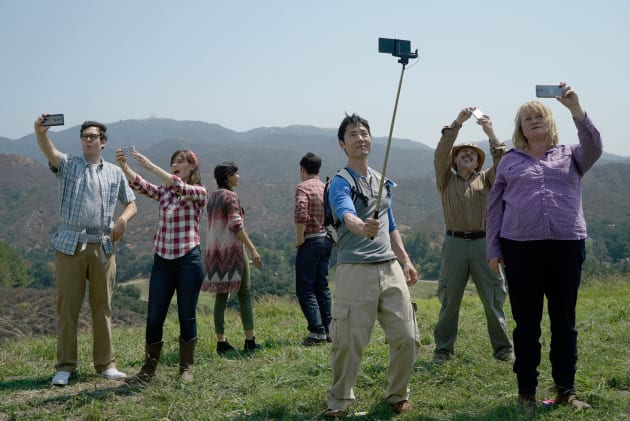 Sure, “Single and Sufficient” isn’t all terrible. All things Ally/Winston are great and even Nick’s writing frustrations have some charm. But I just can’t stand the Jess storyline of the episode. Compare that to “Katie”, a fantastic episode of the series, and it’s an easy pick.

Is “Longest Night Ever” a really forgettable episode or is it just me? I’m having trouble remember much of anything that happened. Coach and Cece make out. We meet Bertie, a surprisingly lovable side character. I don’t know. For lack of a better metric, I’m going with the more memorable “Girl Fight”.

Season 7 of New Girl is a strange beast. An episode like “Tuesday Meeting” would seem right at home earlier in the series, but almost seems out of place during a truncated final season. I guess there isn’t anything wrong with that, but it doesn’t compete with a great episode like “Wedding Eve”.

And here we are with the second part of “Wedding Eve”: “Landing Gear”. It’s another strong episode, as most finales are, and begins to setup the New Girl endgame. “Backslide” is a pretty good Season 1 episode. I especially think they nailed the final scene with Jess’s pep talk to Nick, only to discover he is leaving the loft. But alas, as much as I like some good Genzlinger action, this round is going to “Landing Gear”.

These two Season 5 episodes are pretty comparable in quality. Both feature Jess-centric stories that are a tad underwhelming. Jess comes off especially annoying in “300 Feet”, probably by design, but not necessarily welcome. “Dress” tries to convince us that turning Cece’s wedding dress inside out turns it into a completely different dress by the finale. While Nick’s slow descent into insanity regarding texting Reagan is classic stuff, it doesn’t save the episode this round.

Neither of these episodes are fantastic. “Tomatoes”, I think, is the worse of the two. There are some memorable moments, like the Nadia/Schmidt “Mick Mouse” interaction. The Jess and Nick argument, alluding to their chemistry, is of note as well. But I’m not sure it’s as good as “Basketsball”. Any sports fan can understand Nick’s situation when Jess begins rooting for a rival team.

For all of it’s weird quirks, “Pilot” is a pretty strong pilot. I think it pretty accurately sets the tone for the series and introduces the characters well (even Coach). I could have envisioned a world where “Pilot” advances pretty far in the tournament, but man, I think “Clavado En Un Bar” is a great episode. It’s hard to beat it this early.

If you’ve been reading this far, you know my feelings on the Robby/Jess storyline. “Ready” just isn’t that great of an episode. Nick dealing with understanding male attractiveness is funny, but not enough to make up for the deficits overall. “Wig”, on the other hand, is one of the strongest Reagan episodes of the series. Easy call here. 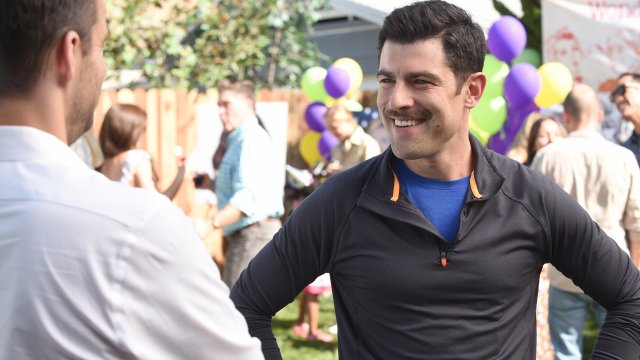 “Operation: Bobcat” is the superior episode of the two, but “About Three Years Later” is quality. The time jump in Season 7 is a bit of a shocker, and the “will Nick propose?” storyline is a little eye-rolling at times, but this episode reminds us to trust New Girl. It seems no matter where these characters are in their lives, they are still hilarious and we still love them. They have changed and grown, but deep down are still the same, even if slightly less funny.

This is a bit unfair for “Fired Up”. It’s a perfectly fine episode with a lot of good moments. I love all things Coach and Nick being a lawyer is great as well. But it faces a difficult match-up with “Engram Pattersky”, the series finale! Season 7 is a bit hit and miss, but the finale brought it. Sorry, “Fired Up”, but you didn’t stand a chance.