I’ve apparently got a soft spot for season finales, because I always find myself picking them to advance. “Jeff Day” is a pretty solid episode from Season 5 where Jess comes off like the sane one in a world of toxic masculinity. And I’ve said it multiple times, but I love to hate Rhonda. But these things can’t quite top the emotional climax of “Five Stars for Beezus”.

Upset alert. I’m picking “Background Check” to advance. “Table 34” is certainly a noteworthy episode in the series, but it’s a little frustrating as well. That’s not to say it doesn’t have it’s funny moments. I like Nick frantically trying to destroy his and Jess’s table they built. But Schmidt is more annoying than usual and Winston’s side plot could have used more room to grow. Neither of these episodes are bad, but only one can advance.

I’ve always liked “Exes” because I think Adam Brody steals the show. His weird ex-boyfriend-but-still-friend-but-not-actually character is great. That Nick is so aware of Berkley’s desire to be with Jess while Jess herself is completely naive works well. Plus, the antics of Winston/Coach/Schmidt in Schmidt’s new apartment is funny for what it is. But “Virgins” is a fantastic episode and it isn’t being eliminated yet.

Very early on in New Girl, it seemed they were playing with the possibility of Jess hooking up with Schmidt. There are a number of “almosts” between the two and “The Story of the 50” is one of them. It works oddly fine, but thankfully never happens. The episode has some great moments, like Matt Bessar as a male stripper. And Lizzy Caplan is always a welcome addition. But “Clean Break” is such a wonderful episode and it’s destined to move on.

I’ve maybe said it already, but “Shark” contains the best Ryan moment of the series, that of him role-playing as a construction worker. I love the whole scene, really. Nick and Winston’s dynamic when they meet Aly for the first time is great as well. It’s a solid episode of New Girl, but “Cooler” is a favorite to win the whole tournament.

Episode Match-Up: “Raisin’s Back” vs. “The Landlord”

“Raisin’s Back” has probably advanced further than expected in the tournament due to some favorable match-ups. But it’s end is here. It’s a perfectly fine episode on its own. The Winston/Cece/Schmidt EDM plotline is probably the strongest and funniest. “The Landlord” though is probably the best episode of the series up until that point. One of the few easy picks left.

And this is one of the other easy picks left. I perhaps love “Swuit” more than it deserves, but I can’t help but relate to Nick and Schmidt’s crazy entrepreneurial ideas. Jess throwing a wrench into the plans and their anger at her helping is great too. But it’s up against “Prince” of all episodes, another favorite to win the whole thing. 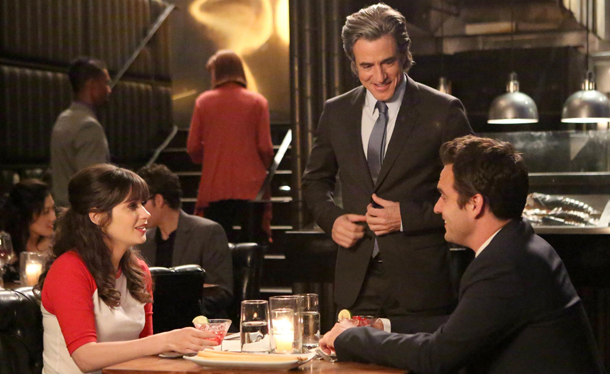 These are pretty comparable episodes which makes this a difficult choice. My gut tells me that “Quick Hardening Caulk” is the stronger of the two. “First Date” is great as well, but is somewhat spinning its wheels on the Nick/Jess relationship. The Winston/Schmidt sideplot with Outside Dave is weird in a good way. But I think “Quick Hardening Caulk” is funnier overall. Tough call.

“Panty Gate” is a great episode of New Girl. The Coach/May story is downright heartwarming. Jess as the love doctor is hilarious. Even Schmidt and Fawn put together a nice conclusion to their arc. But I still don’t think it can beat out “Menzies”. A tough elimination for “Panty Gate”, but there can only be one.

This is another battle between two great episodes, but it’s still a fairly easy pick. “Keaton” is a wonderful episode with an absurd premise that actually works. The idea of Nick channeling Michael Keaton for years to help protect and motivate Schmidt is perfect. And Jess thinking she can impersonate Keaton himself is great as well. But with all that being said, “Katie” is such a strong, well-rounded episode that it is destined to advance. 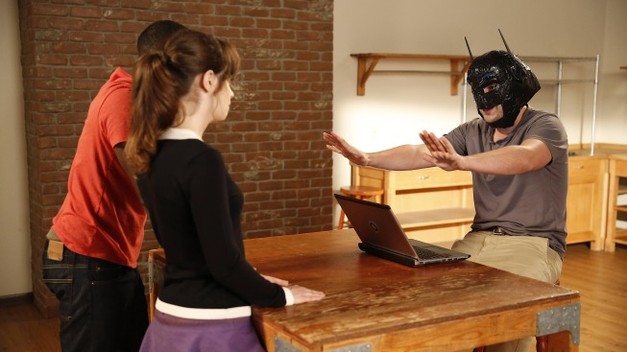 I’ve said this previously, but I must have a soft spot for season finales, because it’s hard for me to eliminate them. “Landing Gear” might not be the strongest of finales, but I do think it advances against a fairly pedestrian episode like “Basketsball”. “Basketsball” had some favorable match-ups and it just isn’t of the same caliber as others still in the tournament. Easy choice.

And after saying I have a soft spot for season finales, here comes a shocker. I’m picking “Clavado En Un Bar” to advance over “Engram Pattersky”. The series finale of New Girl is a strong one, but it relies a lot on nostalgia and feel-good moments instead of actual comedy. In many ways, the characters reactions to leaving the loft (“Babe, I think the rest of us have already made peace with this.”) is a lot like the viewer. Season 7 never felt like more than an epilogue. There is nothing wrong with that and I’m not trashing the episode, but I much prefer a high-concept like “Clavado En Un Bar”.

The time has come for “Spiderhunt” to exit. It had a good run, surviving off of one of the funniest scenes of the entire series. That alone cannot save it. But here it is, in all its glory.

“Santa” is a fine episode and I like the concept of hopping around to multiple Christmas parties. Winston with a raisin in his ear is good stuff and I always enjoyed the addition of Angie, even if it was over-the-top at times. But in the battle of holiday themed episodes, I’m going with the original “Thanksgiving” in this round.

This is a tough one, because I think “Goldmine” is the funnier of the two episodes, but “Fluffer” carries more weight. “Goldmine” is solid all around, with Nick pretending to be gay to Winston’s “long game” and Schmidt’s speech to Cece’s breasts. It’s all quality. “Fluffer” has some weak side plots, but the Jess/Nick story is so heavy. Tough call, but I’m going with “Fluffer” because despite its hilarity, “Goldmine” is a fairly inconsequential episode.

“Re-Launch” is a great way to kick off Season 2 of New Girl and introduces us to the weirdness of Winston and the great early-Robby. It really feels like this is when the show begins to find its groove. But alas, I am surprisingly going to pick “Teachers”, because it’s a great episode for Coach and I love the idea of a guys weekend turning into a discussion about love (inside of a fort they built).