We’re going to see a tough elimination right off the bat in this round. I think these are two quality episodes, but “Panty Gate” is definitely the superior of the two. I love the dynamic that Russell brings to the show, not just between him and Jess but also with Nick. Dermot Mulroney has good chemistry with the cast and it’s obvious why he was brought back multiple times in the future. But a weak B-plot in “Fancyman, Part 1”, that of Winston/Schmidt playing trivia, is its downfall here.

The cookie scene from “Models” is iconic. Unfortunately, I can’t say the rest of the episode hits the same highs. The Jess/Cece storyline is a tad mundane, although its conclusion is funny. Winston barely has a story. Alas, the episode doesn’t hold up to “Menzies”.

“Lillypads” is going to be another victim of a tough match-up. Season 7 is certainly an odd duck, but “Lillypads” is one of the stronger episodes. Ruth is a shockingly positive addition to the series and she is front and center in this episode. And how can you not love the final scene in which Ruth creates a child uprising and Benjamin gets stabbed in the face? It’s a good one, but it can’t beat the classic that is “Keaton”.

“Girl Fight” is a cathartic episode with a great climatic battle. And Nick’s B-plot with Kai is good too. The whole, she’s not homeless, she’s rich, was a nice reveal. Same goes for Winston’s realization of his own procrastination. But like many others, it can’t live up to “Katie” which is a pretty New Girl defining episode.

Oh boy, what a pairing. These are essentially parts 1 and 2 of the same episode, so this will be an especially hard call. “Wedding Eve” has a lot of good moments, like Winston and Ally saying “I love you” and Sam not-proposing to Jess. I’m going to cop-out a bit and pick “Landing Gear” because it has Schmidt and Cece’s wedding, which the whole season was building towards. 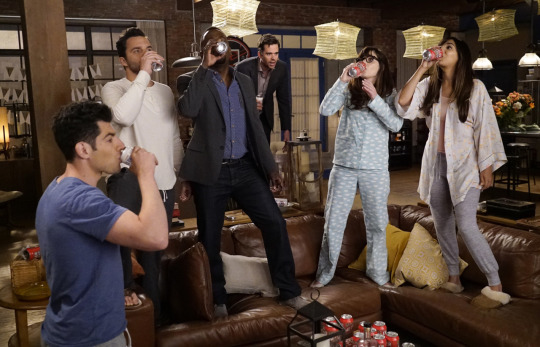 And this is a tough match-up because neither of these episodes are amazing. “300 Feet” straight up turns Jess into a crazy person, a direction I always felt was a bit odd. Nick and Schmidt’s feud with a new bar is pretty funny, especially the “You’ve got valet” climax. But I am going to choose “Basketsball” this round because it just comes from a stronger period of New Girl.

This is one of the easier picks this round, because “Clavado En Un Bar” is clearly the stronger of the two. “Wig” works well for a Reagan episode. And even though all the storylines come together in the end, I’m not sure if any of them are that great.

“Operation: Bobcat” is a strange one. Everything related to Winston and Ally is great, but everything else is just sort of “there”. The Schmidt/Cece/Nick story is pretty forgettable. So it’s fair to say it isn’t going to beat the series finale. But hey, at least we got a random Gordon Ramsay cameo.

Another upset? “Bachelorette Party” has a lot of good stuff going on. It’s basically one long penis joke (hey-oh!). It also introduces Merritt Wever as Elizabeth, which I always liked on the show. It’s a strong episode, but I just can’t eliminate “Spiderhunt” yet, as it has one of my favorite scenes in the whole show.

The idea that a landline is old and retro makes me feel old, but I love the idea for an episode. It brings us some great secretary Nick moments. And if you don’t enjoy Winston killing it on the phone, you have no soul. But alas, “Landline” also introduces Ryan, which is a big negative in the tournament. “Injured” advances.

“Jaipur Aviv” is one of the weaker New Girl episodes. I get that this is a 22 minute comedy, but it’s still a bit annoying when you have to suspend disbelief for things like an anonymous loft vote. Wouldn’t it be obvious who is voting for what? The Nick/Winston Keepers of the Five Secrets is gold, but it can’t save the whole episode alone. “Santa” is an early New Girl favorite, so it advances here. 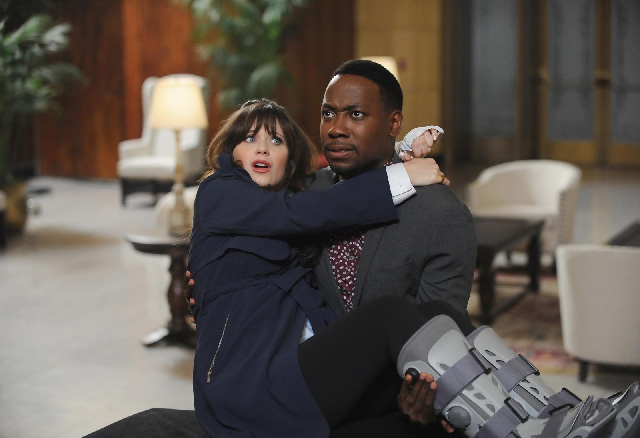 “Big Mama P” is a fine episode, but feels mostly as a set-up for the rest of the season (albeit, a set-up that mostly goes nowhere until the final episode of the season). Nick’s interactions with fake Cece’s mom is funny, as is Winston struggling with the Carport Hero moniker. But “Thanksgiving” is when I think New Girl really starts to learn what type of show it is.

I would say these episodes are about even. “Fluffer” tackles what I think is a pretty unique topic in the genre, that of people who fall between friends and lovers. “Parking Spot” is almost the mirror, looking at Nick and Jess after they kiss and what it means. On lighter terms, it has Winston searching town for a condom. It’s all good stuff. It’s a bit of a toss up, but I’m going with “Fluffer”.

Episode Match-Up: “Goldmine” vs. “The Decision”

Both of these episodes are funny all around, but I have to say that “Goldmine” has higher highs. “The Decision” is great too and one of the stronger Reagan episodes. Nick and Winston vying to have sex with Reagan, only to discover Winston is in love with Aly, is all perfect. And the bizarre Boyz II Men singalong at the end is classic New Girl. It just can’t top “Goldmine”.

Season 5 is remains fairly strong, but “D-Day” feels a little like the show spinning its wheels. And that isn’t great considering they introduce Schmidt’s dad, played by the lovable Peter Gallagher. The scene where Schmidt discovers Jess made out with his dad is fantastic, but nothing else really lives up to that point. “Re-Launch” is moving on here.

Okay, I sort of gave “Misery” a free pass last round because of the Stephen King homage, but I think this is the end of the line. It’s a late Season 6 episode and beyond the Winston/Aly story, the episode is a little weak. “Teachers” is my favorite of the Ryan-arc and strongly features Coach, so it’s going to the next round.